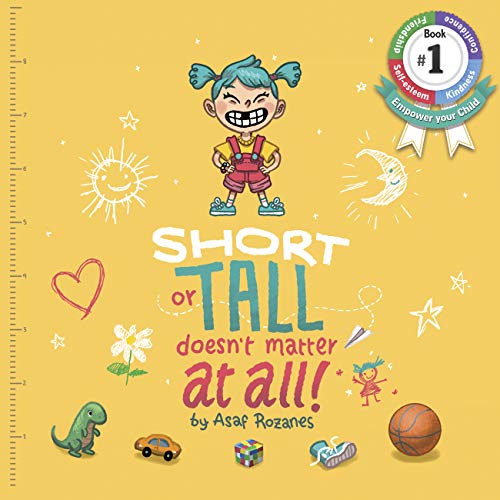 Short Or Tall Doesn't Matter At All: Mindful Mia Book 1

A fun read, a tool for life, a hidden object game and a coloring book - All in one book!

"You're fat! You're a small baby! You sound weird!"
I bet i can find something about you that's different!

Don't let your child deal with this alone!
Whether it's your size, weight, color, voice, the way you walk or even how youGiggle and snort.We're all somehow different, but kids can be mean and know how to triggerthose pain points!
Although this book talks about a short girl which gets bullied by her classmates as an example , this story and the tool she is taught may be applied to any other day to day scenario in life.
Through an inspiring tale about the sun and the moon and how everyone no matter how different they are has unique traits and skills, this real life story shows parents and kids alike what is really important in life - like having a good heart and turning bullying into new friendships.

Here's what readers are already saying about this amazing picture book:

(5*)- "I've read several indie children's books already and come across some really bad or mediocre illustrations. However, not this one! The illustrations in this are really beautiful, they capture what is being said perfectly. These illustrations give life to the story!" - Nikki

(5*)- "I love the interactivity of the book and the image search game at the end. This would be a great book to have in a classroom or summer reading program" - Lindsey

(5*)- "For every parent to a kid who is a little bit different or actually any parent at all...Short or Tall is a must read book. My girl (3yo) loves it and the colourful illustrations, and she even enjoys explaining now why you shouldn't mock other kids" - AR

>>> Grab your copy now and read it with your kids tonight 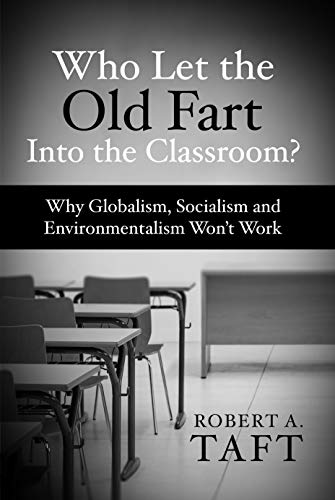 A book your professor doesn't want you to read.

Why? Because a liberal institution, Orama University, makes the mistake of letting Leonard Whittle, a conservative capitalist, into a series of courses on globalism. The courses literally envelop the globe, from socialism and to environmentalism, the United Nations and to the European Union, the business-government cabal to Saul Alinsky and Herbert Marcuse, the New left of the 1960s to the New Left of today, the marginalization of America to the China-Russia anti-West vision of globalism...and, of course, globalism – that is the Western version of it – itself. Poor Leonard is pitted against faculty and students alike as he tramples on the progressive views of ivory-tower professors and ignites debates on many modern collegiate issues, like micro- aggressions, identity politics, multiple sex categories, George Soros' control of just about everything and much more. The comparison of socialism here and in Venezuela is stark as is the collision course between preserving the environment and socialist goals. If the reader doesn't agree with Leonard's view...all of which are backed by fact...at least he or she will have much food for thought. 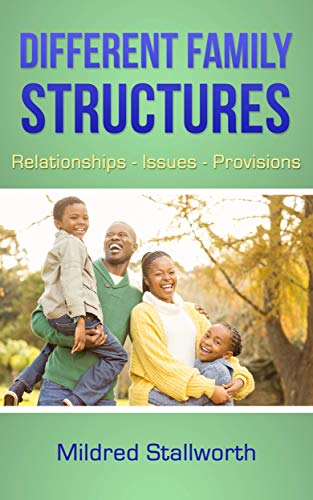 Traditionally, a family structure was considered to be a married couple with a family support system that provides care and longevity for biological children. In all reality, it matters not if children are born in relationships through marriage or not, positive communication results in a loving, caring, and supportive relationship for children. These qualities can be shown in a single parent household also. There are several different types of family structures, each is built on relationships, based on strengths and weaknesses. They all have issues, and upon conditions, provisions are made. 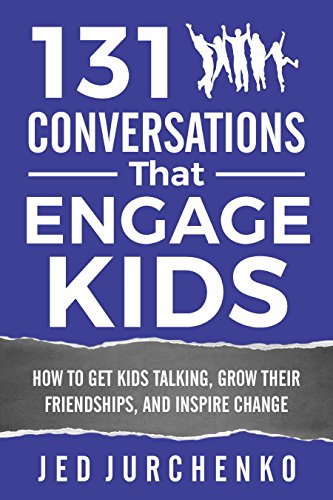 This book is for everyone who longs to help their kids pause their electronics, grow their social skills, and develop lifelong relationships through highly engaging conversations!

In this book, you will discover:

• Why conversations matter and connecting with others is important.
• Three strategies to engage kids and keep the conversation going.
• Five tools to help children develop their social skills.
• How to use conversations to guide children toward positive change.

Then, dive into 131 creative, engaging, and fun conversations that will get your kids talking. This book is for children who desire to build face-to-face connections that develop into life-long friendships. It is also for parents, foster parents, teachers, coaches, youth pastors, mentors, and everyone who wants to help their kids to connect in an increasingly disconnected world!

• If the zoo offered to let you keep one exotic animal as a pet, which animal would you take home with you?
• If you were principal of your school for a day, what is one school rule that you would change?
• No two snowflakes are exactly alike. No two people are the same either. What is something that makes you unique? 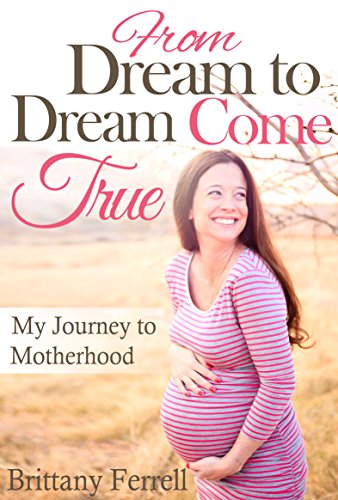 From Dream to Dream Come True: My Journey to Motherhood

The story of my long and heartrending road to motherhood has been featured in a national magazine, the local news, and a medical publication. But, this is the whole story, in my own words. I battled cancer, infertility, and the most gut wrenching loss one can imagine. I fought my way back from crippling grief and depression. After years of struggle, my desperate wish to become a mother was finally granted in a most unexpected way. This is a story about having a dream and rediscovering lost hope. It is about beating the odds and realizing that miracles do exist. This is the tale of my dream…to dream come true.