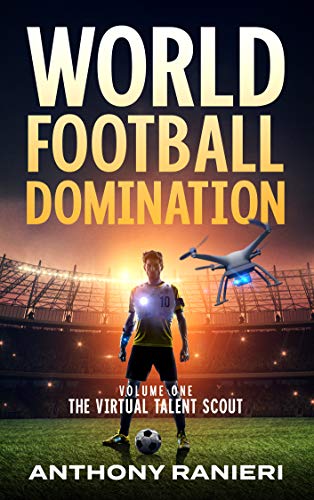 
It's 2050 and the renaissance of football (soccer) thinking has just begun. This is the first installment of a football science fiction journey shared by two countries from opposite ends of the world.

‘Are you sure there is no wreckage?’
‘Nothing at all, we checked all the surrounding areas and nothing.’
Gunnar’s mind shifted to conspiracy theories and the possibility there was foul play at hand.

When Gunnar Grimsson's player identification drone goes missing on the outskirts of Iceland's Reykjavik airport, foul play and subversion are to blame. Ambitious nations bent on dominating world football at all costs embark on a mission to steal the revolutionary technology.

Will Gunnar have the clout to protect his proprietary invention from his adversaries? He may stand a chance when he ushers the support of his Australian friend and football scout, Robby Denehy.

With twists and turns throughout the story, world football domination keeps you on your toes by providing glimpses of what the future of football beholds.