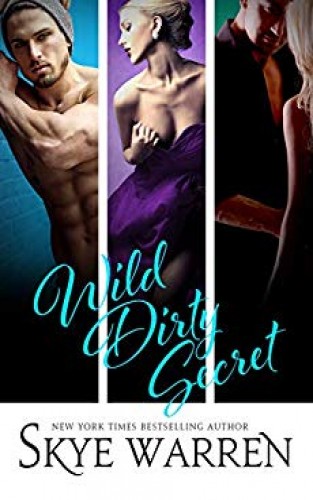 
Fall in love with this sexy, thrilling star-crossed romance...

Contains WILD, DIRTY, and SECRET - all three books in Luke and Shelly's complete story! This boxed set from the Chicago Underground series is over 450 pages long.

Once upon a time I was the girl who had everything, the clothes, the car. The rich dad who spoiled me. But the truth was, the only thing I had was my body. I used it to buy my way out.

That's how I became a call girl.

There's only one man who makes me wish things had been different. One man who could never be with a girl like me. Luke is a cop. Untouchable. Unbreakable. And dangerous in his own way.

When I end up on the run, he's the only one I can turn to.

There's no escape for me. I'm tied to some of the scariest men in Chicago. Bound so tight I'll never get free.

I'll do anything to survive, except bring Luke down with me. I won't taint him. I won't ruin the one good man I've ever met. I won't turn him into a dirty cop.

Except he refuses to let me go.

I'm the one with the dark past, the scarlet letter, the soul so black there's no hope of redemption. At least, that's what I always believed...

Luke has secrets of his own, and the more I search, the more I'm afraid of what I'll find. But I have to know. My survival depends on it.

WILD DIRTY SECRET is a sexy suspense novel told in three parts, all of which are included in this bundle! Not intended for those uncomfortable with the subject matter or those under eighteen.