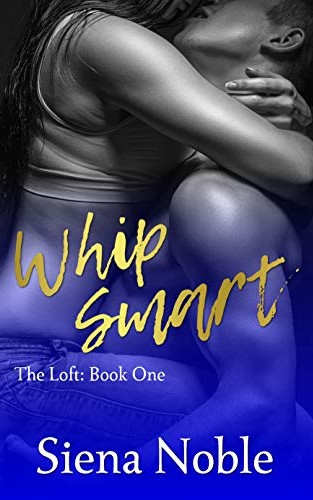 But opening a club for business proves to be no small task, especially where unexpected romantic entanglements are concerned. Since first meeting at a kinky costume party, the magnetic attraction between Tera and easy-going Dominant Eric Yun has been undeniable, and yet Tera finds herself denying it at every turn. She knows she has baggage to spare, and the high-strung submissive is taking no chances when it comes to her budding friendship with the sweet and seductive Eric, no matter how tempting he may be.

Eric Yun has baggage of his own. No one knows better than he does how to hide pain behind a joke and smile. He’s spent years learning to take life in stride, and just when he thinks he has it all figured out, Tera Bodnar sweeps into his life with her big dreams, stubborn determination, and soft submissive side. He’s wanted her more than anything since they met, and now it’s impossible to get her out of his head. But he can tell she’s hiding painful secrets of her own, and the more he learns about this beautifully complicated woman, the more he finds himself revealing to her about the Eric behind the smile…

As Eric chips away at her walls, Tera learns that there is much more to this man than his mouth-watering good looks and effortless charm. She’s falling for him hard and fast, but if life has taught her anything, it’s that the harder the fall, the worse the damage, and the risk of Eric becoming a casualty in the process is just too great. But how can she hope to resist him when she can’t even escape him in her dreams?

**Note: This book is the first in The Loft Series and ends on a cliffhanger to be resolved in book two**