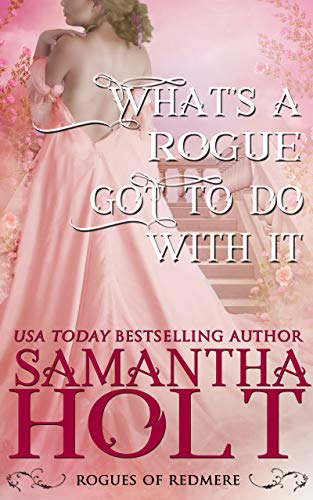 
The final book in the #1 bestselling Regency romance series!

Lewis Knight left behind his life as the son of nobleman years ago. The rough, scarred man is quite content to use his brute force and bad reputation to help the Earl of Redmere with his smuggling—a ruse to aid the war effort. Knight doesn’t care too much about the reasons behind the subterfuge, so long as he gets paid.

And stays busy enough to forget his past for good.

That’s not so easy, however, when he’s forced to return home. And thanks to the earl’s meddling, he’s accompanied by the woman who plagues his thoughts far too often…

Louisa has been too busy running her inn to think too much about the dark, brooding Knight. Even if she does steal the occasional glance at those broad shoulders. However, when a man arrives in Cornwall with lifechanging news and Louisa’s inn is threatened, she must investigate. With Knight’s help, she digs into this stranger’s past and stirs up more danger than she thought possible.

Now that Knight is driven to protect her, the barriers between them feel harder than ever to keep in place. Somehow, she keeps working her way under his unyielding exterior. But Knight knows he’s not worthy of a woman like Louisa—not while his past shadows his every move.