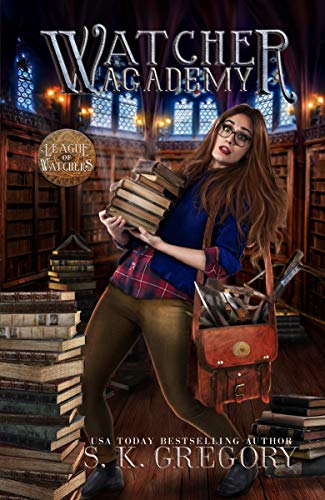 
Adeline 'Dell' Grimm has been in training to join the Watcher Academy her whole life. A legacy, her grandfather, Edward was one of the Academy's most respected members and Dell is determined to follow in his footsteps.

An impulsive decision could destroy her new life...

Left alone one night, Dell cannot resist a quick look at the recent delivery of artefacts. Artefacts which the Watchers are duty bound to keep hidden away from the world, for they possess supernatural magic, magic that could prove deadly in the wrong hands. Which doesn't bode well for Dell when she accidentally drops one of them.

A Watcher is supposed to keep evil at bay, but what happens when it walks among them?

Soon Dell finds herself missing time and when a fellow Watcher is found murdered, she wonders if she is somehow responsible.

Turning to her fellow Watchers, Spencer and Max, Dell must figure out the truth before someone else dies.