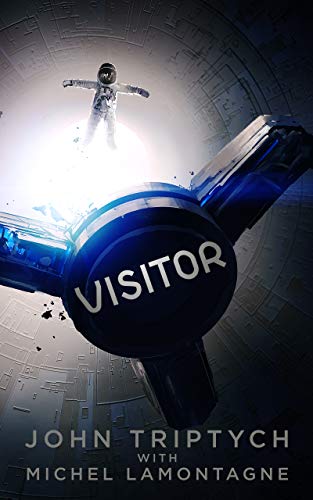 
The ultimate secrets of the universe awaits those who dare to risk everything.

Years have passed since Earth encountered its first known interstellar object: Oumuamua. Now an even larger one has been discovered, following the exact same trajectory as its predecessor. Scientists around the world theorize that this can no longer be passed off as mere coincidence—the new contact must be an artificial construct of some kind.

With an ambitious plan to build a spacecraft and attempt a manned landing, a crew is formed. Disgraced astronaut Cassie Voges hopes to get selected for one last chance at redemption. Maverick billionaire Toby Merckx wants to beat his rivals to the extraordinary secrets he believes the object may unlock. And its controversial discoverer, Charles Hudson, seeks to escape his past and be remembered for something better.

What they find will change humanity forever.

Combining hard-edged, scientific realism with thrilling action and the mysteries of the unknown, this epic novel is suitable for fans of 2001: A Space Odyssey and Rendezvous with Rama.