Upside Down & Backwards with the Law of Attraction: How the Heck Do I Get This Thing to Work? 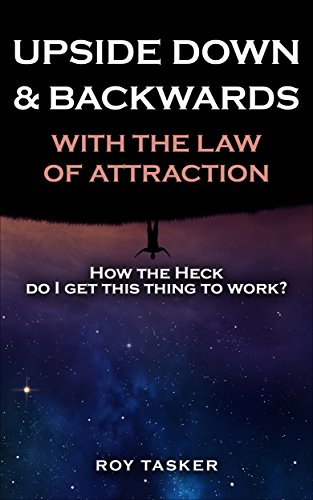 Upside Down & Backwards with the Law of Attraction: How the Heck Do I Get This Thing to Work?


The son of an alcoholic, violently beaten and mentally abused by his father, Roy spent much of his childhood in fear and shame, resigned to special education classes and unable to read or write. Roy tells the story of his life growing up with nothing, how he was forced to work instead of attending school, and how his domineering father still influenced him long after he had left home to make his own way in the world. Going from a single father caring for five young children while living in his truck and illiterate to times of the deepest most heartfelt despair, Roy’s story could have taken him in any number of directions. But a chance encounter with a stranger altered his perspective and changed his life forever. He became driven and more determined than he had ever been to succeed on behalf of his family, but ultimately for himself.
You are shown insight into the author’s world, in which he discovers that this physical reality is truly a magical place where you are able to create, mold, and shape your own reality with the power of your thoughts and feelings.
This truly inspirational and motivational book “Upside Down & Backwards with the Law of Attraction” reveals Roy’s compelling transformational journey, in which he provides a template for all who read it, so that they too can overcome obstacles and achieve their highest dreams.
Read about Roy’s remarkable awe-inspiring true life story here and see for yourself what a never-say-die attitude can do for your prospects, even if all the odds are against you.