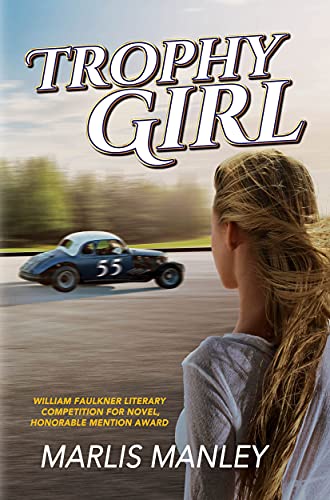 
"Marlis Manley’s heartfelt novel of the heartland goes nowhere fast in all the best of ways. It moves and moves us." –Michael Martone, author of The Complete Writing of Art Smith

It's summer 1957, and when fourteen-year-old Sandy Turner goes missing—along with one of her late mother's hidden scrapbooks—Aunt Maggie can think of only one place the girl might be.

Frank Haggard, the race-car driver in those yellowing news clippings, assumes the girl claiming to be his daughter is a fan acting on a dare, until Maggie tracks them down. Memories of his annulled marriage to Maggie's sister flood over him, and the timing couldn't be worse. With the first-ever National Championship for stock cars a week away, the last thing he needs is a child-custody battle with Maggie-as determined as she is beautiful. When the car he's planned to pilot is turned over to a younger driver, Frank and Maggie make the riskiest deal of their lives-her savings for a race car, but if Frank wins, he gives up his daughter.