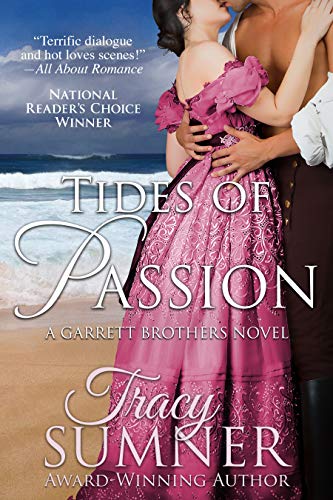 Spirited Savannah Connor is passionately committed to stamping out social injustice. Yet, when she arrives in Pilot Isle, North Carolina, ready to take up a new cause, she quickly finds herself on the outs with the town constable.

Zachariah Garrett is the most arrogant, infuriating, maddeningly attractive man she's had the misfortune to meet. And, suddenly, Savannah is fighting a whole new battle — this one against her own yearning for a man who is impossible to resist.

Ever since his wife’s death two years ago, Zachariah Garrett has dedicated his life to keeping the peace. And, avoiding love. But Savannah Connor isn’t an ordinary woman — and she proves hard to ignore. She’s a beguiling beauty with the power to awaken emotions Zach thought he’d never feel again, and the tenderness to help him forget his fears. And risk his heart once more.

Love small-town, coastal Southern romance that sizzles? Independent heroines and alpha heroes? Tides of Passion is the novel for you!