Through the Ages (The Irish Cycle Book 2) 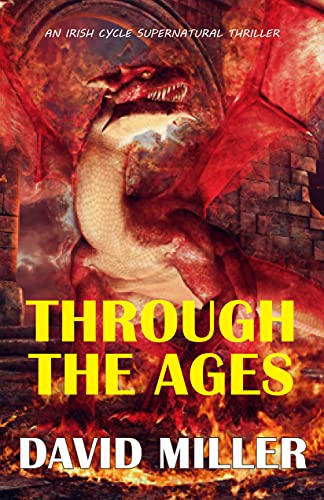 Through the Ages (The Irish Cycle Book 2)


It’s darkest before the dawn, but is it darker than a vampire’s soul?

For 400 Years Saito Izumi Has Struggled with What It Means to be Kyuuketsuki--A Japanese Vampire!

In Feudal Japan, during an attack on Kumamoto Castle from a horde of swarming yōkai— mythical creatures born from the darkest depths of Japanese folklore—the samurai Saito Izumi will be forever changed. By morning's dawn, Saito will be kyuuketsuki, a Japanese vampire!

Join Saito in Feudal Japan as she confronts an army of thunder-beasts, ogre-like oni, and the seductive spider-whore jorōgumo. Creatures as diverse as they are deadly. Then travel with the former samurai as she battles 18th Century Spanish soldiers and vampires along the Spanish Main. Stand with her as she wages war against shape-shifting Mexican nagual, fighting alongside the likes of Davy Crockett, William Travis, and James Bowie to defend the Alamo.


In this heart-wrenching collection of original stories are four terrifying tales from Saito Izumi’s centuries of existing—she doesn't consider it living—that explore her dangerous and deep personal journey to understand the blackest darkness of an inhuman soul, to discover what it means to live and not simply survive, and most important of all, to learn if a vampire can triumph over evil and truly love again.

The Irish Cycle Series - A unique urban fantasy adventure with a mix of mythological and supernatural elements set in contemporary and historical America.