The Survivors (Life After War Book 1) 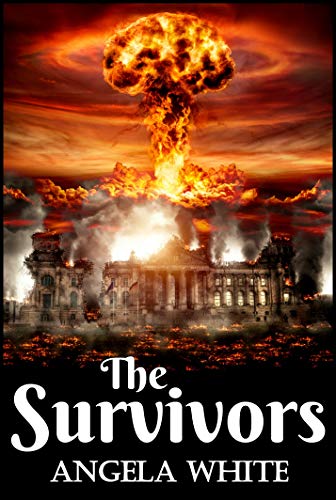 The Survivors (Life After War Book 1)

"War was uglier than we’d imagined. The Draft was reinstated, taking our men and boys. Within days, stores had nothing on the shelves; people began to starve. Hospitals closed due to lack of space and medicine. Police stopped answering calls, stopping coming to work at all. Topside production faded; communications became spotty. Then the power went off…and it didn’t come back on."

The fall of society triggered a hard, new life where survival became the only focus. We shunned each other and the old ways, killing anyone who was different. We reverted to primitive behaviors, using the war as an excuse to commit unspeakable atrocities, and humanity slipped deeper into the abyss of possible extinction. Soon, darkness blanketed the post-apocalyptic lands with hatred and violence that seemed to have no end. The future, cold and dark, offered little hope.

Survival isn’t a given for anyone as mysterious forces move the gifted pawns across a horror-filled chessboard toward a final apocalyptic battle that will save the survivors or bury them under the nuclear ashes.

“I found this ebook for free a long time ago & fell in love with it right away. I love how the descriptions about the places, people, & things they are doing & going through. Reading this book got me thinking a lot about survival. I've even gotten my Ham Radio License bc it's showed me how much I wasn't prepared if something like this were to ever happen. It's an amazing series & I look forward to each new book when it comes out.” –Robin Akers

“I took one look at the cover and thought Life After War would be an interesting series. The first book free hooked me. Nothing like finding a diamond in a sea of a million books to read.” -Crystal Kirby

“Never before have I read a novel so full of the evil man will likely perpetrate in this scenario, and still so full of light and hope for the future. I have not been able to stop reading it!” -David Orr