The Road to Farringale: Modern Magick, 1 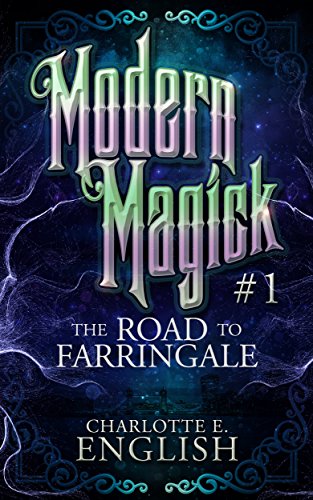 The Road to Farringale: Modern Magick, 1

No fae enclaves. No flying chairs. No magick wands. Giddy gods, no unicorns.

Who wants to live in that world?

Me neither. But with magick on the decline, that's the world we're ending up with.

Meet the Society for Magickal Heritage. Our boss is a disembodied voice. Our headquarters is a sentient house. You could say we've a vested interest in keeping magick alive.

Can a ragtag bunch of magicians, necromancers and fae prevail against inevitable ruin and decline?

Hell yes. Try and stop us.

Or... maybe not. For the only place that might hold the information we need is the ancient and inconveniently lost enclave of Farringale...

Join Cordelia “Ves” Vesper and the enigmatic Society in the fight to save modern magick! Urban fantasy with attitude — and fantastic hair.