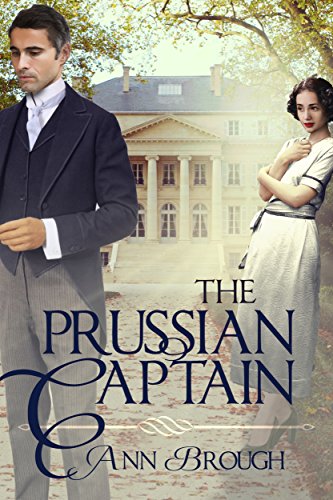 
Based on a true story, spanning half a century, this sweeping tale takes you from upper-class English society, to New York, Boston, and the wilds of the Napa Valley. But life may be found in the most unlikely places—the poverty-stricken streets of Neck End.

1898… Edward turned twenty nine-years-old on the ship. Looking out over the gray water back towards America, his heart ached for both the country he had adopted and loved, and for the woman he had lost there. He was returning to England without having 'made good'. Without any fortune.

When Edward meets Gertrude and is captivated by her youth and beauty, his hope for the future is transformed. But this is an era when the rich and poor of England each have their own firmly defined limits. More than any social boundary is a far greater problem—he’s already married.

Giving a glimpse into the realities of the very wealthy and the desperately impoverished of the late nineteenth and early twentieth centuries, The Prussian Captain is the story of two opposite lives colliding. One is marked by finery, decorum, servants, and first-class adventures crisscrossing the Atlantic. The other is stuck in a life of abuse, alcoholism, and the depressed state of the working poor of industrialized England.

Start reading The Prussian Captain today and discover if Edward and Gertrude risk it all to overcome their stations in life. Will they each find what they are looking for? Find out today!