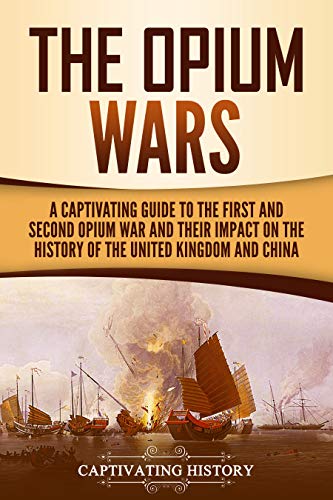 
If you want to discover the captivating history of the Opium Wars, then keep reading...

Victorian Great Britain was the most technologically and economically developed country in the world at the time. As such, it had the power to protect its interests. With the discovery of new trade routes in the East, and with the foundation of the East India Company, Britain became addicted to the luxurious and exotic items from China. Silk, porcelain, and tea were in high demand among the rich. Britain was so economically strong at the time that even the middle and lower classes could afford to enjoy high-quality items imported from China, especially tea.

Britain imported everything its society desired, but it was costly. The main problem was that China only accepted payments in silver, creating a huge imbalance in trade. To avoid losing money on imported goods, Britain had to sell something back to China. However, this Eastern empire liked to boast that it was self-sufficient. The Chinese didn’t need to import anything, as their industry was developed enough to supply the whole country with what it needed. Britain had to come up with something the Chinese needed, and in desperation, the decision was made for Britain to sell opium.

When diplomatic efforts to introduce opium to the Chinese market failed, the British Parliament approved an alternative: war. There were two wars, one from 1839 to 1842 and another from 1856 to 1860. They are collectively known as the Opium Wars. The British, who were joined by French and supported by the Americans and Russians, clashed with Imperial China, which was ruled by the Qing dynasty. These conflicts are largely forgotten in the Western world, perhaps out of a sense of collective shame. But in China, the Opium Wars are still symbols of national humiliation at the hands of the Western powers.

In The Opium Wars: A Captivating Guide to the First and Second Opium War and Their Impact on the History of the United Kingdom and China, you will discover topics such as

So if you want to learn more about the Opium Wars, scroll up and click the "add to cart" button!