The Lost Queen: A Novel 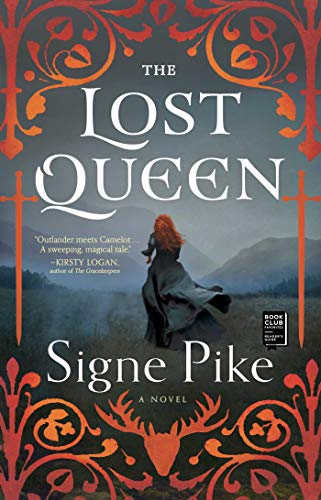 The Lost Queen: A Novel


“Outlander meets Camelot” (Kirsty Logan, author of The Gracekeepers) in the first book of an exciting historical trilogy that reveals the untold story of Languoreth—a powerful and, until now, tragically forgotten queen of sixth-century Scotland—twin sister of the man who inspired the legendary character of Merlin.

Intelligent, passionate, rebellious, and brave, Languoreth is the unforgettable heroine of The LostQueen, a tale of conflicted loves and survival set against the cinematic backdrop of ancient Scotland, a magical land of myths and superstition inspired by the beauty of the natural world. One of the most powerful early medieval queens in British history, Languoreth ruled at a time of enormous disruption and bloodshed, when the burgeoning forces of Christianity threatened to obliterate the ancient pagan beliefs and change her way of life forever.

Together with her twin brother Lailoken, a warrior and druid known to history as Merlin, Languoreth is catapulted into a world of danger and violence. When a war brings the hero Emrys Pendragon, to their door, Languoreth collides with the handsome warrior Maelgwn. Their passionate connection is forged by enchantment, but Languoreth is promised in marriage to Rhydderch, son of the High King who is sympathetic to the followers of Christianity. As Rhydderch's wife, Languoreth must assume her duty to fight for the preservation of the Old Way, her kingdom, and all she holds dear.

“Moving, thrilling, and ultimately spellbinding” (BookPage), The Lost Queen brings this remarkable woman to life—rescuing her from obscurity, and reaffirming her place at the center of the most enduring legends of all time. “Moving, thrilling, and ultimately spellbinding, The Lost Queen is perfect for readers of historical fiction like The Clan of the Cave Bear and Wolf Hall, and for lovers of fantasy like Outlander and The Mists of Avalon” (BookPage).