The Kishi (Tales from Esowon Book 1) 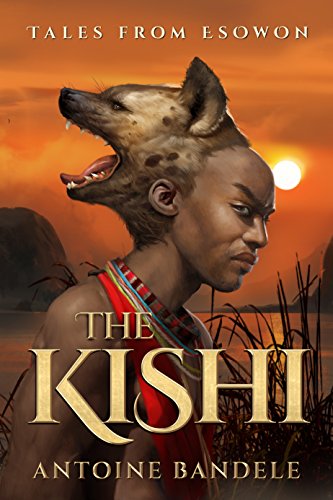 The Kishi (Tales from Esowon Book 1)


A bloodthirsty demon. A pacifist monk with a deadly past. How much will he sacrifice to overcome unspeakable evil?

An African fantasy based on the Angola folklore of the kishi!

The Kishi—shape-shifting demons who lure young women to gruesome deaths.

They can’t be real, can they?

Something has slain a villager, and the locals point their fingers at Amana, a pacifist monk running from his dark past.

But Amana knows there’s something else, something much darker, lurking in the village.

Can he save the village, his name, and his principles? To save one would mean the sacrifice of the others, if he has the strength.

"It’s really refreshing to be reading a fantasy novel based in Africa. The world of Esowon is captivating, magical and keeps you coming back for more." - Nikita Campbell, advance reader

"'The Kishi was the best fiction read I've had in years, and I look forward to more from [Antoine Bandele]!" - Jesse Garrad, advance reader

"Antoine set out to write an African fantasy, and dadgum it, he wrote the hell out of this story. I was intrigued and enthralled from beginning to end. I can see the time, passion and creativity Antoine put into the characters, settings and themes, which also had me captivated. If you want a great read, pick up a copy." - Trey D, advance reader