The Inside Man (A Levi Yoder Thriller, Book 2) 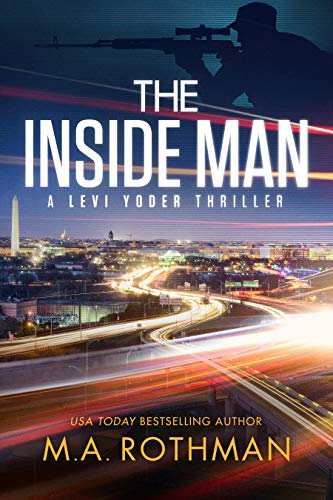 The Inside Man (A Levi Yoder Thriller, Book 2)

As a member of the Mafia, Levi is very different. He's an angel in wolf's clothing.

The FBI wants to use him or send him to jail. A Japanese mob boss wants Levi to find his missing granddaughter.

Jail or the life of an innocent little girl, Levi's left with no choice.
---------
Brief Synopsis:

As a member of a New York Mafia family, Levi Yoder's role is unique: he's a fixer, a solver of problems, a man whose code puts loyalty above all else, yet he's a man with a conscience. An angel in wolf's clothing.

In THE INSIDE MAN, Levi's search for the kidnapped grandchild of a Japanese mob boss plunges him into a world filled with chaos.

When he's falsely accused of a heinous series of crimes, the FBI makes Levi an offer he can't refuse: use his mob connections to help investigate the murders of several undercover agents or find himself in jail awaiting trial, without a way to clear his name.

With the threat of incarceration hanging over his head and the life of a five-year-old at stake, Levi finds himself tracking a serial killer who he fears might lead him to suspects that are very close to home.

Jail or the life of an innocent little girl, Levi's left with no choice.