The Flamer: A Novel 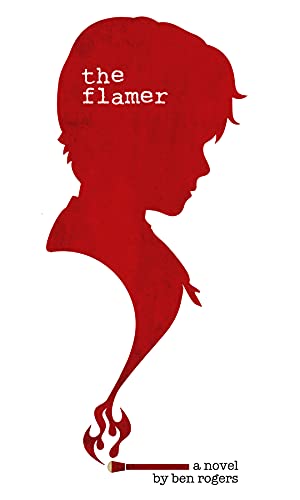 The Flamer: A Novel

I wanted to get it over with, everything over with. Remember what they named that pent-up barrel of uranium, the one they dropped on Hiroshima?
Little Boy.

All boys play with fire.

Oby is a closet pyromaniac. His backyard shed is a secret lab where explosive recipes are tested. His house burns down twice under suspicious circumstances. Parents, teachers, mountain men, and arson inspectors are all concerned. But Oby just can't help himself. His genius lies in napalm.

Oby's biggest question is: Will he land the Nobel Prize?
Or is he stuck in the fattest part of the bell curve?

Readers are enthralled with The Flamer!

Watching Rogers’s characters change is like watching a sculptor take a lump of clay and shape it into something organic to the human spirit. - Melanie, Goodreads Reviewer ⭐⭐⭐⭐⭐

The Flamer is a highly original and delightful debut by a writer who captures the quirks of this region with genuine love but without sentimental pieties. - Jenny, Goodreads Reviewer ⭐⭐⭐⭐⭐

No matter where you grew up, or during what era, Oby is a universal character who has a unique ability to force readers back into their memory banks to fondly reminisce over their own childhood firsts. Enjoy the ride! - Brooke, Goodreads Reviewer ⭐⭐⭐⭐⭐

A wonderful coming-of-age novel. Funny and moving, The Flamer is a must-read. - Brian, Goodreads Reviewer ⭐⭐⭐⭐⭐