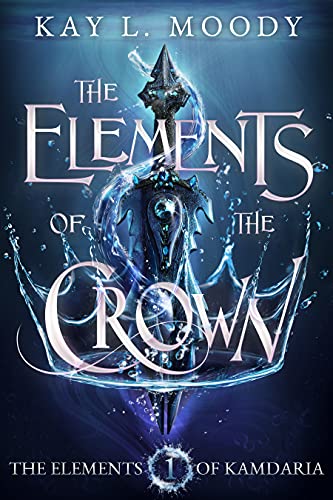 In an empire divided into three rings, Talise is from the lowliest and most dangerous outer ring. To escape that life, she just has to do three things.

1) Attend an elite academy for manipulating the elements of water, air, earth, and fire.
2) Become the most powerful student in her year.
3) Prove her magic is the best in a competition in front of the emperor himself.

Everything goes according to plan until a handsome and rich young man shows up with just as much skill as her.

But when the competition falls apart, the emperor forces them to work together instead. Their growing attraction only distracts them from dark truths that the empire has hidden for too long.

Secrets lurk in every shadow of the palace, hiding a conflict that sits on the brink of war. But Talise has secrets of her own. Secrets that could destroy her.

A war is coming. Talise can only hope she’s powerful enough to meet it.

This book has exclusive content including a map of Kamdaria, character illustrations of Talise and Aaden, instructions to the game: Forces of Kamdaria, excerpt from the companion short story: Winds of Flame)

This series was originally published as short novellas. This book includes novellas 1-4 of The Elements of Kamdaria: Ice Crown, Wind Crown, Dust Crown, and Flame Crown. Don't miss the other books in this breathtaking fantasy series!

Scroll up to buy The Elements of the Crown today!