The Earthspark: The Comstock Chronicles Book 1 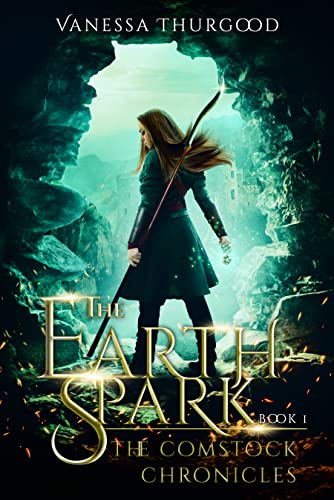 The Earthspark: The Comstock Chronicles Book 1


Earth destroyed her family's past. Will Fire destroy its future?

The Earthspark, a cursed power that nearly destroyed Nienna's family a thousand years ago, has appeared once more, and she's the one holding the knife.

As her ill-fated power grows, so does the number of dark creatures bent on seeing her dead. Now she must choose to embrace the Earthspark or live the rest of her life like a hunted animal. But by accepting her power, her family's greatest enemy will be her only ally in the fight against the rising evil of the Fire Witch.

Can she betray her family to gain the peace she so desires? The fate of her people rests on the untried shoulders of Tellidus's secondborn and the infamous Guardian of Earth.


"The Earthspark" is the first novel in the Comstock Chronicles. It's a clean Young Adult epic fantasy that will take you on a journey of magic and family through the wild landscapes of Tellidus. Fans of "The Mark of the Raven" and "Issaura's Claws" will find a new favorite in "The Earthspark."

Get Your Copy NOW or read it through Kindle Unlimited with your subscription.