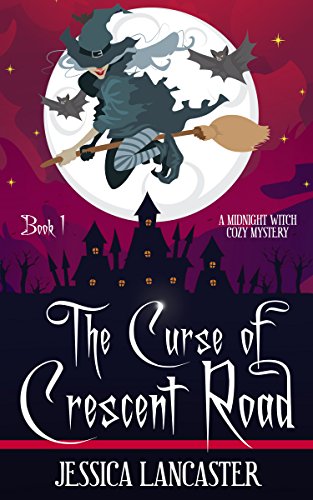 
The FIRST book in a brand new cozy mystery series!

Retirement suits many people but Evanora Lavender isn't one of them.

When a dead body shows up in Maureen Witton's compost heap she informs the police, but when they arrive it is nowhere to be found. Branded a liar, the woman who cried wolf, Maureen calls on Evanora to help.

Out of retirement to solve one last mystery, Evanora might find herself sucked back into the paranormal investigation game after all.

Midnight Witch Cozy Mysteries
1. The Curse of Crescent Road
2. The Secret of Kingsway House
3. The Mystery on Mercy Avenue