The Curse of Cain: A Werewolf Urban Fantasy 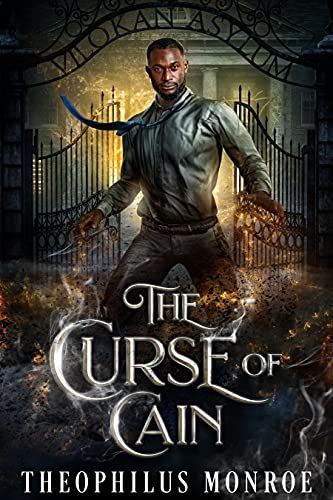 The Curse of Cain: A Werewolf Urban Fantasy


Welcome to the Vilokan Asylum of the Magically and Mentally Deranged.

I'm Doctor Cain. I'll be supervising your treatment plan.
Yes, before you ask, I am that Cain.
I've come a long way since I became the world's first murderer.
I'm now a licensed psychiatrist.
What is it you just asked? You heard that I was cursed?
Yes, I'm also the world's first werewolf...
But don't worry. I have it under control.
It won't interfere with your progress at Vilokan Asylum.

3 BOOKS IN ONE MASSIVE VOLUME!

The Curse of Cain: When a necromancer is admitted to Vilokan Asylum against her will, and she evokes the ghost of Cain's murdered brother, Abel, he'll have to do more than treat the patient... he'll have to confront the ghosts of his past, literally.

Razing Cain: After agreeing with the new Vampire Council to take on their newest batch of younglings, and help them tame their blood cravings, things quickly get out of hand at Vilokan Asylum. Dr. Cain will need more than a "blood suckers" support group to get a handle on the issue. He'll require the aid of Baron Samedi... of course, when the Baron is involved, his help almost always comes at a cost.

Cain and Angel: A fallen angel has a change of heart. Samyaza, aka "Sam," just can't stomach the big guy "downstairs" and his propensity for torture, fire, and all that devilish crap. But he's burned her bridges with the celestials, too. When Sam comes to Vilokan Asylum, he hopes Cain's experience with the guy "upstairs" can help him find his own path on the narrow road between the warring leagues of angels. But when the Archangel Michael is sent to arrest the "unfallen" angel, Cain must approach the Divine for the first time in several millennia to advocate for his patient.

Go up and click 'Read for Free' or 'Buy Now' to be admitted to the Vilokan Asylum of the Magically and Mentally Deranged.

The Vilokan Asylum of the Magically and Mentally Deranged is a paranormal romp, diving into a world of voodoo, werewolves, vampires, and magic. Dr. Cain is a snarky werewolf, an Old Testament character brought to life in a modern day fantasy setting. Readers of Monroe's Legacy of a Vampire Witch or The Legend of Nyx have met Dr. Cain before. Now, we get a deeper look into the world of magic and mayhem that is the Vilokan Asylum.