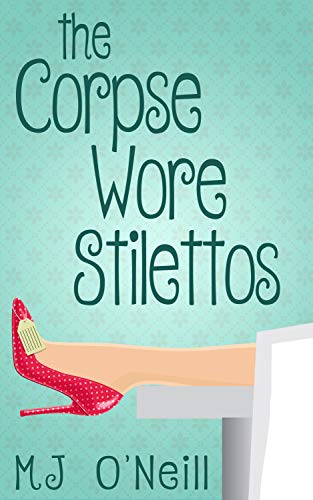 
SHE WORE A DONNA KARAN MARKED FOR REPOSSESSION

Since Kat Waters’s father took a trip to the slammer on what she’s sure are trumped-up racketeering charges, life’s been tough. All their assets are frozen, and she’s down to the last few pairs of Jimmy Choos she can swap for rent. To keep her family out of the homeless shelter, the former socialite took a job at the local morgue—a job she’s about to lose when the body of a murder victim goes missing on her watch.

HE WORE A CAPTIVATING SMILE

While Kat’s processing the latest victim in the prostitute serial killings, ex-Special Forces soldier Burns McPhee strolls in with an air of confidence, expecting access to the Jane Doe. While Burns tries to flirt his way into examining the latest victim, whom he thinks is connected to the death of his best friend, someone else steals the body right out from under them.

Dodging questions from the cops and kidnapping attempts from a body-snatching psycho, Kat and Burns forge a deal. He’ll clear her name and keep her safe if she gets him information on her peculiar coworkers, one of whom he’s certain is involved with the body heist. But digging up secrets can lead to a lower life expectancy. The unlikely team will need all their talents not to end up as the morgue’s next clients while they hunt for a murderer, the missing corpse, and a pair of diamond-studded stilettos.