The Child: Alien in the Delta 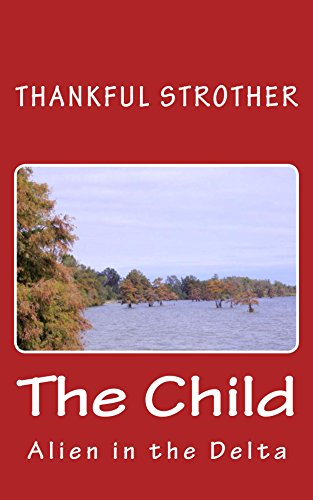 The Child: Alien in the Delta


The Child is the first book in the three book Alien in the Delta Series. It highlights the life of a boy from the age of six until he graduates from high school at age seventeen. During that time he discovers music, girls, sex, learns to dance, and becomes self-aware.

The Soldier is the second book in the series. Thankful Strother spent four years in the United States Air Force. He was stationed in Germany where he learned to speak German, met his future wife and traveled throughout Europe.

The Adult is the third book in the series. Thankful returns home from Germany. He settles in Detroit, gets married, starts a family and buys their first house. He goes to work in the automotive industry, learns to program computers, enters the corporate world and becomes a successful real estate investor.

excerpt from The Child

I consider myself very fortunate to have had my grandparents living near by while I was growing up. My grandfather (Papa) was a great storyteller. It did not take much persuasion to get him started on a story. He used to tell us that he was one of the first people in the town to own a Model T Ford. Sometimes, when he was drinking liquor, he would try to drive his Model T home and would forget that he was driving a car. In his drunken state, he would think he was in a horse-driven wagon, and would yell out, “Whoa” to get the car to stop. Most of the time, the car ran off the road or into something. Luckily, Papa was never hurt.

Papa went to prison for two years and seven months, and he served most of that time as a prisoner who was in charge of guarding fellow prisoners. Papa would not only tell this story, he would stand up and show everyone exactly how it happened. Papa was inside his house when this man came to the front gate and called him to come outside. Papa must have expected trouble because he went to his front porch with a Colt .45 in his hand, and he asked the man to leave and not to come on his property. But the man wouldn’t leave. In fact, he told Papa that he was going to come inside the yard and beat-up my grandfather. Papa warned him that if he opened that gate, he would shoot him. The man ignored Papa and opened the gate, and Papa proceeded to empty his gun into him.

Papa would then stand up and pretend he had a gun in his hand to show how he shot the man. That’s when my grandma would say. “John, why are you telling that child about that man you killed?” My grandmother had lost her hearing, so she didn’t know what papa was talking about until he stood up and pretended he had a gun in his hand. Papa never told us who the man was or why wanted to harm our family.

Papa had what he described as horrible nightmares. When Papa was a young man, he killed a man and before being captured went on the run for seven years. The dead man’s ghost would come for Papa nightly. He must have relived that shooting hundreds of times in his dreams. Grandma would have to awaken him to stop his screaming.