The Americas: A Captivating Guide to the History of the Continents of North and South America 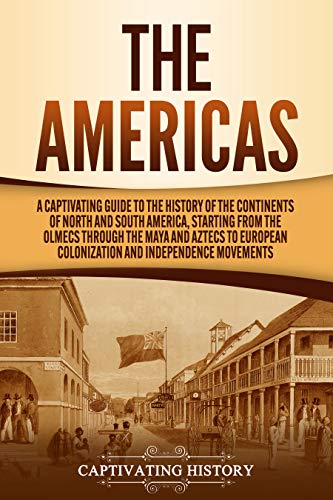 The Americas: A Captivating Guide to the History of the Continents of North and South America


If you want to discover the captivating history of the Americas, then keep reading...

The one-character trait that sometimes surpasses the human instinct for survival is curiosity. When humans discovered an entire hemisphere that lay beyond their own Eastern Hemisphere, the race was on.

What opportunities would these new lands hold? Surely, a small country in Europe could wield the power of an empire if it could claim these new lands in the Americas. After all, there was new fertile land in these Americas, the lure of wealth, the entertainment of exciting wildlife, productive vegetation, and the marvelous treasures that shone and glittered. The cry for gold overcame all the people’s mortal fears. It echoed in 1528 in the search for the ethereal El Dorado, in 1632 in Venezuela, and in the frigid Yukon in 1896.

The countries came and claimed and clashed as they tried to mix and meld. Instead, they found themselves caught in the dialectic of opposing sides, caught in a game of tug-of-war over acres of plains and pampas, sand and stones, mountains and mesas.

In The Americas: A Captivating Guide to the History of the Continents of North and South America, Starting from the Olmecs through the Maya and Aztecs to European Colonization and the Independence Movements, you will discover topics such as

So if you want to learn more about the Americas, scroll up and click the "add to cart" button!