Testimonies of a Good God 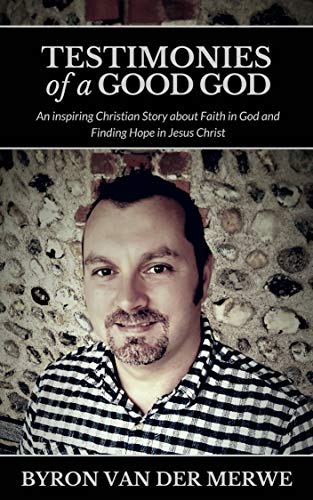 Testimonies of a Good God

We live in a world that is so busy, with everyone competing for our attention. So why should you stop and look at this book? What's so special about it and what gives me the right to speak into your life?

Well, please allow me to tell you. This book wasn't written to build a platform, or to become one of the best selling Christian authors. It was written because God put it on my heart to tell people about my story so my testimonies can help those who are still going through the "test" part of their future testimonies. It's to encourage those of you who are stuck, stuck in life, and stuck in a rut. It's for those who are camping in the valley of the shadow of death instead of walking through it and into the feast that God has prepared for them. It’s to encourage those who have been through a loss, those who have been rejected, those who have struggled with fear and anxiety, those who are facing financial lack and those who are up against a giant right now and can't see a way around

There is hope, and God knows the path out.

I've been through a lot of struggles. I've lost my sister, had my heart broken, been in an accident, been held up at gunpoint, had significant health struggles, and been through lots of battles, but through it all, I've seen Jesus and heard His voice. And He has always led me out into victory. I've also seen the deliverance of the Lord. I've seen God do miracles. I've seen God come through in impossible situations. I've seen heaven come to earth on many occasions and have seen God redeem situations that were meant for our harm and made them for our good. GOD IS REAL, and when the Holy Spirit breathes on it, the Bible comes alive, and God shows you that there is light at the end of the tunnel. He is your deliverer, protector, comforter and friend. His word is the light to the path that shines the way and shows you where to go.

So, I want to share my stories with you in hope that God can use them to lift you up and pull you out of the pit. Reminding you that you are a child of the King, born for a purpose, and you belong in a palace. Take my testimonies and hold onto them. Begin to phophesy the same victories into your life too. The same God who is in me is in you. He has no favourites, but He does respond to faith. So, take him at His word and hold onto Him and when you feel like backing down, giving up or hiding away from life. Remind yourself that He is good and He is God. He is for you and not against you. Have faith in God, He’s got you and will never let go of you.

So, go ahead and take a look at this book. Give it a try. What do you have to lose? God’s waiting for you and calling you deeper into His presence. His victories are hidden for you and not from you. But you have to seek Him a little deeper.
Oh, and by the way, 25% of the profits of this book will go to the family of a dear friend who's gone to be with Jesus (because life doesn't always go the way we want). But we can trust God to redeem and restore, and we can trust that somehow, He will always work things out for the good of those who love him.

During the month of its launch, 3000 free copies of “Testimonies of a good God” were downloaded with the book reaching #1 status in 2 separate Amazon categories.

Recently, "Testimonies of a Good God," was featured on “UCB2” radio, where Byron and his wife Tammie spent half an hour chatting about their story on the Ruth O'Reilly-Smith show. United Christian Broadcasters (UCB2) are one of the largest Christian broadcasters in the United Kingdom and broadcast to over 50 million UK homes through DAB radio.

Byron is passionate about the Bible and believes it is the sovereign word of God. Although probably best described as a charismatic Christian, Byron has a heart for the whole body of Christ and has a desire to see all people walk closer to God and hear His voice.