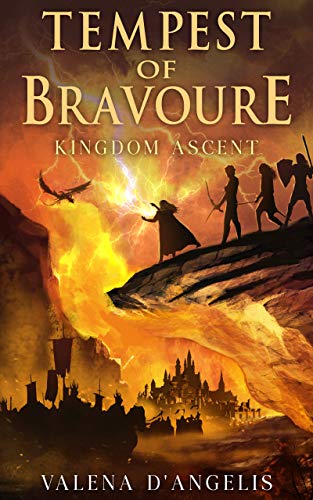 
"A story about acceptance in an exquisitely crafted world."

A failed prophecy. A conquered kingdom and a Resistance fighting against the odds. Will the return of a runaway mage change the fate of Bravoure? Can our heroes unite or will secrets tear everything apart?

We live brave. We die free.

Darkness has fallen upon the golden kingdom of Bravoure. Once the beacon of an alliance uniting four races, Bravoure is now under the oppression of an elven prince from beneath the surface. Not even the Dragonborn from prophecy was able to stop him from conquering the land.

Ahna, a runaway mage, rises above the decades of grief and returns to the fight, where she joins the united soldiers of the Resistance. Despite her origins, she is accepted by these brave heroes who will never let their differences stand in the way of freedom.

She and the rebels soon embark on a covert mission to save the kingdom, but the past and the secrets she keeps will soon come knocking, and Ahna will face her demons as she faces the false king.