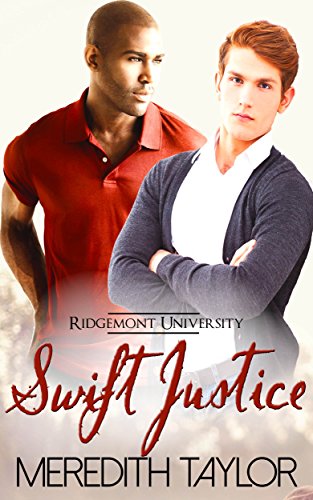 
Special Release Price of $0.99 for a limited time!

Tumiso (Tumi) Moketla has always known that he was adopted. His parents told him from a young age that the greatest gift they had ever been given came from Tumi's biological mother: a brilliant, accomplished son who is completing his law degree at Ridgemont University. Tumi loves his adoptive parents, but recently, he’s been wondering about the woman who gave him up for adoption nineteen years ago; who was she? And where did Tumi really come from?

Tumi decides that he is finally ready to set out on a journey to find his biological parents and discover more about his roots. Life had been comfortable and privileged growing up in the Ridgemont Valley. Tumi needs to know if there is more out there for him than just the life of a Ridgemont student. What he discovers sets him on a path that changes his life forever.

Tumi's journey of self-discovery is disrupted by an unpleasant encounter with the arrogant British exchange student Edgar Boatwright. Edgar comes to Ridgemont to study South African constitutional law as part of his International Law degree at the University of Cambridge. Tumi is annoyed by Edgar's know-it-all attitude and superior air. When Tumi and Edgar find themselves forced together by fate, their bickering leads to complicated feelings. In fact, Edgar might just be the person to teach Tumi valuable lessons and to help him uncover the mysteries of his past.

Edgar Boatwright is a charming, debonair exchange student who is fascinated by South African law. He comes to South Africa to reconnect with memories from his past, but he finds himself drawn to guys who might be bad influences.

Edgar becomes disillusioned during his visit, and he falls into his old ways of recklessness and partying. Edgar feels especially grumpy towards his frustrating classmate Tumi Moketla, who is attractive but constantly pushes Edgar away. Edgar tries to show up Tumi in mock court and sabotages Tumi when he seems to have the upper hand, but Edgar soon realizes that when it comes to matters of the heart, he might not know as much as he thinks he does.

What’s more, Edgar’s family has had enough of supporting his lavish party lifestyle. They cut Edgar off, and he is forced to move out of his luxury apartment and into the dorms at Ridgemont University. But being close to Tumi makes Edgar come undone. Edgar soon realizes that there's a lot more to Tumi than he once thought, and he struggles with the feelings he is beginning to have.

Will Tumi unlock the secrets of his past and discover who he really is? And with time running out, what will Edgar decide when his father demands he returns to England? Find out in the fifth Ridgemont University standalone novel.