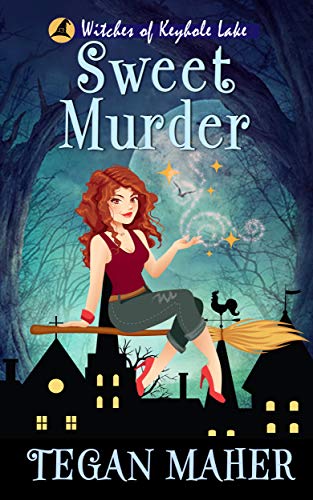 
What's a witch to do when the meanest man in the county drops dead in his coleslaw during her shift at the local barbecue joint? Noelle does what any good Southern girl would do: she flicks a wrist to clean up the mess, then thanks the stars for doing the world a favor. She should have known nothing's that easy.

The Magical Oversight Committee is on her back because she can't keep her unruly little sister in line and the hunky new city-slicker sheriff would like to take her to dinner, except he suspects her of murder. To top it off, her cursed miniature donkey is being particularly calamitous and the old hens at the local beauty parlor are laying bets on her love life.

A skydiving best friend and a bossy, living-impaired aunt become the least of her worries when the killer decides to bump up the plan by bumping her off. Can she figure it out in time to save all that she holds dear, or will Noelle be next on the list of folks who've turned up dead?

If you like laugh-out-loud southern wit, magic, and murder, you'll fall in love with this witchy cozy mystery series!