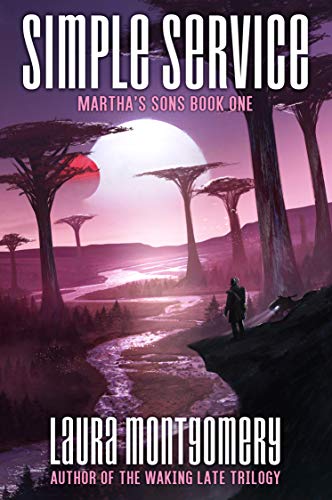 
They're stranded beyond the known stars. Will Peter Dawe’s perilous mission with a brother he despises end in death?

A lost starship’s settlers, isolated on an uncharted alien world, manage to terraform a mountain-ringed valley into a rich replica of Earth. Despite their success reproducing the environment they need to survive and thrive, only tenuous forces hold together the human colony on the world of Not What We Were Looking For. The governor’s appropriation of the western settlers’ weapons for the city strains those bonds to breaking point—and then beyond when Peter Dawe’s father sends him to get the weapons back.

Twenty-year-old Peter Dawe’s restless nature easily endures the lost colony world’s rigors. His genetic modifications make it even easier. So when Peter retrieves the family weapon, he also brings back a motorbike, a piece of technology no longer available to everyone.

It would be a fine prize to keep to himself. He won it. He earned it. He quickly learns that his brother Simon lies in wait to take what isn’t his. Simon wants more than just the motorbike. He wants Peter’s glory.

But when Peter’s father forces him to take his hated older brother on Peter’s next mission, the pair must not only navigate the city’s perils and politics but learn to work together—when neither thinks the other should be in charge. Their success—and their very lives—depend on it. Or will Peter be proven right that he should have faced this task alone?

Buy Simple Service to pull off the impossible today!