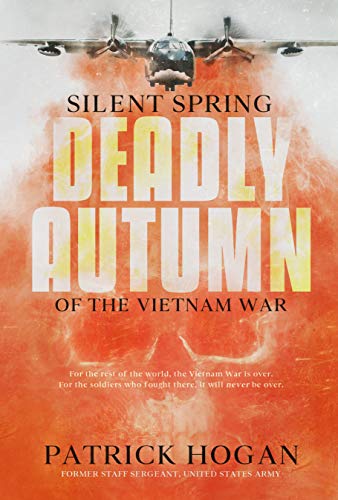 
What would you say if I told you there are disturbing things the US Government hasn’t told you about the Vietnam War and doesn’t want you to know? Things such as all the rainbow-colored pesticides and the disabling effect they had on US service personnel.

Silent Spring – Deadly Autumn of the Vietnam War, is an account of war – a tale of anger and determination – a chronicle written in sorrow and hope. It’s the story of countless veterans who served in Vietnam and could even be your story.

While the book is categorized as a memoir, it’s also an investigational voyage into all the issues the U.S. government hasn’t told you and doesn’t want you to know about the Vietnam War. The work isn’t just another rehashing of the war or Agent Orange. Rather it’s a “silver bullet” which cuts through to the heart of the circumstances and chemical used in Vietnam—enduring toxic herbicides and insecticides—which in some cases are still being used to this very day all over the globe, even right here in America. Now I’m sure many of you will find that fact hard to believe. Nevertheless, it’s true.

So, forget everything you’ve heard from the government and what you think you know about the Vietnam War because you will be absolutely stunned by what the US government had willingly dumped on Vietnam—their allies—and even their own troops.

What happened in Vietnam … didn’t stay in Vietnam. It came home with us!