Ride of Your Life 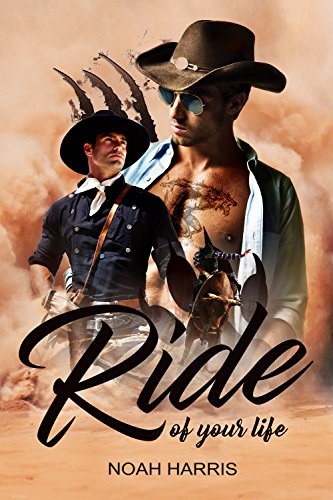 Ride of Your Life


Drake is an omega wolf who just wants to be left alone, which becomes difficult when the Alpha of his pack decides he wants him as a mate. Rather than accept, Drake decides to run, and he’s been running ever since. He relishes in the thrill of the wild and the easiness of freedom. When he runs low on cash, however, he makes a snap decision to head down south to participate in an amateur rodeo to earn the prize money. His only problem? He’s never ridden a bull in his life. Luckily, a friendly trucker points him in the direction of a local dude ranch where he can find a teacher.

Gabe has dealt with a lot in his lifetime and lost many he held dear. It left him hardened and with little tolerance for his own kind. Luckily, he’s spent the last decade in a peaceful life on his ranch, with work to keep him busy and his ranch hands to keep him company. He was prepared to live out the rest of his days like this until a storm in the form of a young Omega came hurtling into his life, single-handedly awakening desires that had long been dormant.

Now the two of them have to decide to keep going on the paths they’ve paved for themselves or to take a chance and blaze a new trail.

Disclaimer: Ride of Your Life is a passionate long novel with over 400 pages packed of lovely man on male action. Very steamy M/M eBook for a mature audience ONLY.