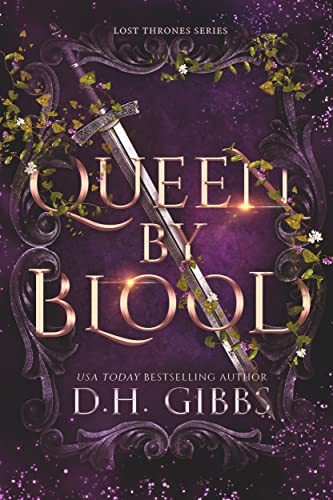 
The survival of an entire race or the freedom she desperately wants.

Held captive by an unknown assailant, Nika is thrust into a dark and mysterious world. Desperate to reclaim her freedom, the young orphan fights to regain a morsel of the life she once led. Soon, though, her plight reveals startling information about who she is and what she’s destined to become.

Demyan’s centuries-old search finally ends when he finds the rightful ruler of his race. Unfortunately, she knows nothing about her true identity or the great powers she possesses. But the clock is ticking. If he can’t convince her to claim her throne, her brother’s plan to extinguish the Immortal race will be fulfilled.

Can Demyan convince Nika to accept her destiny before it’s too late?

Fans of Sarah J Maas and Jennifer L. Armentrout will devour this introductory novella to the Lost Thrones series.
One-click your way into the begining of an epic adventure.
*This book was previously titled Nika and has since been updated and rebranded for the release of additional titles in the series.*