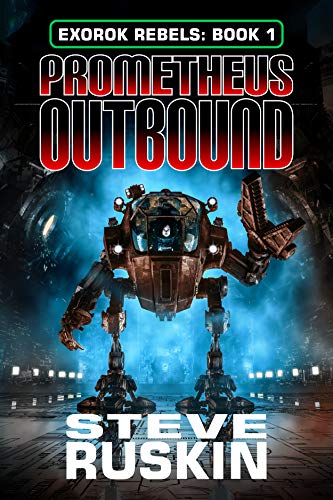 
Noemi Ochana never wanted to be a rebel leader...
…but like any spacer, she rarely gets what she wants.

It’s hard enough being the only female cargo foreman—make that forewoman—on Aikkan Station. Sure, she can pilot a mech with the best of them, and her team is made up of the finest mech pilots she could find. But when their boss runs afoul of the most ambitious Council Prince in the system, the repercussions are deadly—and they land squarely on Noemi’s shoulders.

Accused of murder and in possession of an impenetrable secret, Noemi and her team are suddenly rebels on the run. Trapped on as stolen freighter and surrounded by the enemy fleet, their only hope is to plan a daring rescue right into the heart of enemy territory—the planet Aquitania.

With only their mechs as weapons, they must stage a daring rescue. If they fail, they’re as good as dead. But if they succeed, they could alter the balance of power throughout the system—and maybe even the entire Empire.

A rebel leader, her unlikely team, and a handful of modified cargo mechs are all that stand between a chance at freedom… or certain death.