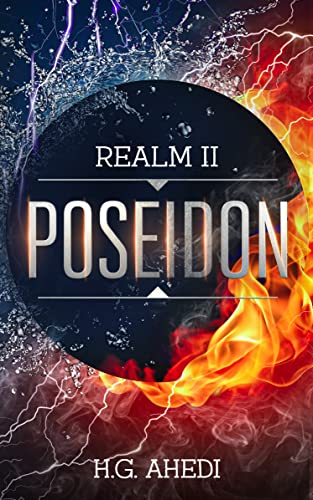 
After the Fall, all is left is blood and revenge.

The destruction of the perimeter, and the vanishing of Titan and Prometheus has left the Realm open to invaders. With a skeleton fleet guarding the outer rims of the solar system, all hopes of defeating the Orias queen have diminished. Now it's about survival. But in a corner of cold dark space, hope lingers.

Emmeline Augury was born to break the rules, and now a fugitive who has nothing to lose and driven by revenge, she conquers all odds and locates the second piece of the mythical device.

The game is on. The pawns are set. As the power of the mythical device unravels itself, who will win? A young girl with her heart set on destroying a being as powerful as the gods themselves? Or the queen who was born to rule the seven realms? The answers lie in the wake of the Poseidon.