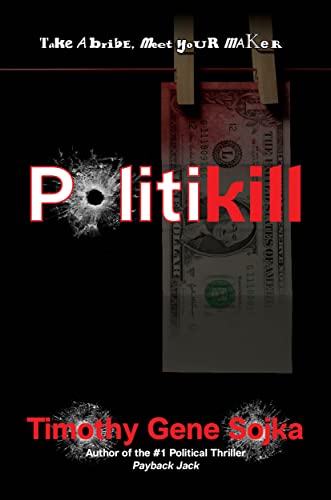 
Take a bribe, meet your maker.

Imagine if someone recorded politicians accepting bribes. Or, an execution squad murdered corrupt legislators on camera, then broadcast politicians' wrongdoings. What if politicians actually feared retribution for accepting payola? Consider the seismic reverberations which would occur within the DC infrastructure if politicians feared dishonesty and graft.

Could our current government still run as our founding fathers intended?

Those questions drive the conflict at the center of Politikill, a thriller that grapples with timely issues around the broken political system in Washington, DC. Only Rice University History Professor Erasmus Luther understands that history is indeed repeating itself, and more importantly POWER does not share secrets.