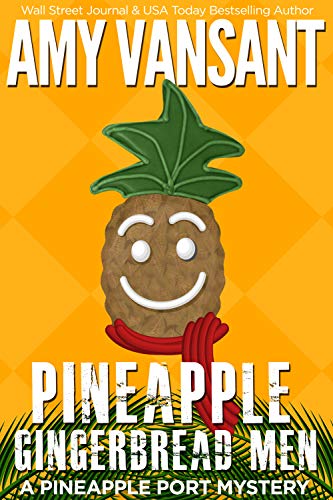 Sheriff Frank asks newly-minted private detective Charlotte to help him crack the case, but she has no idea those darn gingerbread men will start showing up everywhere. What did Santa do that made them so angry? And what's the secret in his colorful Christmas-themed bureau?

Charlotte is forced to split her time between searching for Santa's killer and helping Declan's crazy ex-Stephanie stop a corrupt district attorney in exchange for a book that could help solve more crimes in the future. She never thought she'd help calculating Stephanie with anything...but as this story comes to it's shocking ending, you'll find it could be Stephanie who's finally bitten off more cookie than she can chew...

If Janet Evanovich's Stephanie Plum and the Golden Girls had a baby, it would be the Pineapple Port series. Fans of Lilian Jackson Braun, Jana DeLeon and Rita Mae Brown won’t be able to get enough of this wild, funny, thrilling corner of Florida!