Not Quite a Princess: A Sweet Victorian Action-Adventure Historical Romance 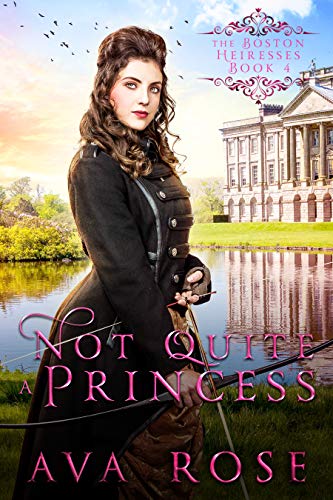 Not Quite a Princess: A Sweet Victorian Action-Adventure Historical Romance


A free-spirited princess determined to challenge the feminine standards of her time.

Princess Mary Armstrong-Leeds enjoys her status as a lady in Boston’s elite society. But she enjoys her job as an apprentice lady detective even more. When a prominent member of her archery club is found murdered, who better to take on the case than Mary herself?

An earl who would rather hunt murderers than snag a debutante.

Bennet Brown may be an earl and a member of Boston's elite, but he revels in his new role as an apprentice for the prestigious society detective, The Right Honorable The Viscount Henry DeHavillend. If only he didn’t have to compete for top spot with Henry’s sister-in-law, Princess Mary.

Henry orders the two competitors-turned-allies to work together on their latest case. They must find a murderer, in a race against time, and in a world that still considers the unconventional scandalous. Will these budding detectives solve their case and save the day, or will lives be lost, reputations ruined and hearts broken in the process?

This is a stand-alone story in the Boston Heiresses series. It features a heroine who flouts every restriction placed on women in 1895—and she does it, with style. If you enjoy sweet action-adventure mystery romance set in the Victorian-era, you'll love this series by historical romance author, Ava Rose.

Coming soon: Not Quite a Detective