No Hesitation (A Grale Thriller Book 3) 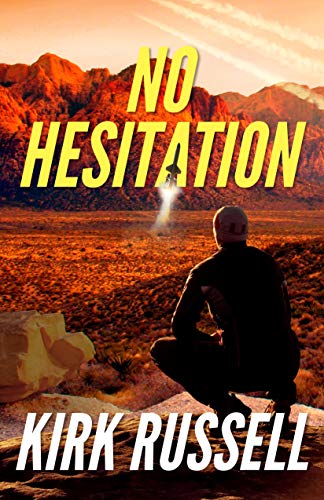 No Hesitation (A Grale Thriller Book 3)


The world is on edge, threat chatter is way up, and enemies are on the move in Kirk Russell’s powerful third installment in the Paul Grale thriller series.

FBI bomb tech Paul Grale isn’t a computer expert, but he knows trouble when he sees it. Independence Base, a new top-secret military facility north of Las Vegas, houses a breakthrough artificial intelligence that has US enemies worried and on the move. Threat chatter is already way up when a known terrorist bomber—and Grale’s archnemesis—slips past border security. Then two of Independence Base’s star computer coders go missing. Were they kidnapped as part of a terror plot? Or did they quit in protest, taking their vast knowledge of the potentially dangerous AI code with them?

Special Agent Grale still grapples with the injuries sustained clearing IEDs in Iraq years ago. He’s managed the pain with exercise and over-the-counter drugs for years, but it’s getting worse. People at the office are beginning to talk. When he’s accused by a crooked pharmacist of illicit use of painkillers, he finds himself isolated and facing an uncertain future. Possibly, the end of his career. But first, Grale must push through the pain long enough to thwart an attack . . . as a terror team waits for the right moment to strike.

No Hesitation, the latest book in the Paul Grale thriller series, is a slow burn of page-turning action until its explosive conclusion.