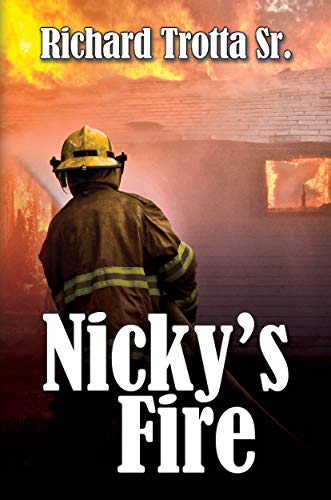 
“Nicky’s Fire not only teaches the reader about the excitement and camaraderie of a fire department, but it delivers an engaging story of the importance of family and friendship.” –Sublime Book Review

Nicky and his father were never close. Nicky was afraid to ask his dad for anything. For career day at Nicky’s school, he is required to write a report on what his parents did for a living. With much coaxing from his mother, Nicky went to work with his father for one day.

Nicky’s father, Steve, was a New York City firefighter and Nicky witnessed the inner workings of the firehouse. This was his lucky day because Ladder 52 was ordered to The Rock for training and Nicky went with them. Nicky saw how the Probies trained to become firefighters.

On the way back Ladder 52 is called to a fire and Nicky discovers firsthand the controlled chaos on the fire ground. Steve puts the ladder to a third-story window and disappears into the smoke. The scene deteriorates fast as the building collapsed and Steve is nowhere to be seen.