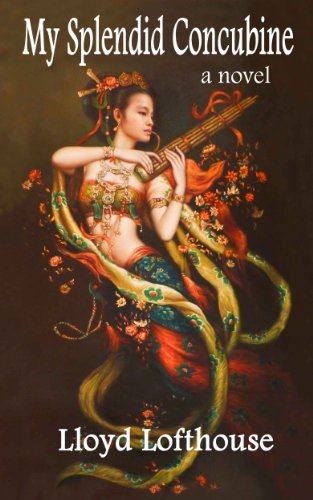 Robert Hart (1835 - 1911) was the 'Godfather of China's modernism' and the only foreigner the emperor of China trusted. In fact, Hart played a crucial role in ending the bloodiest rebellion in history—the Taiping Rebellion—and he owes this success largely to Ayaou, his live-in dictionary and encyclopedia, his Chinese concubine.

About a year after arriving in China in 1854, Robert Hart falls in love with Ayaou, but his feelings for her sister go against the teachings of his Wesleyan-Christian upbringing and almost breaks him emotionally. To survive he must learn how to live and think like the Chinese and soon finds himself thrust into China’s Opium War, where he makes enemies of men such as the American soldier of fortune known as the Devil Soldier.

The Midwest Book Review says, "Many nations adopted modernism in their own ways. 'The Concubine Saga' is a historical fiction novel from Lloyd Lofthouse, following famed modernizer Robert Hart, a man who has contributed greatly to China's advance in the nineteenth century, gaining much power and influence for a foreigner during the period. Drawing on heavily researched passages with great dramatization, 'The Concubine Saga' is a strong pick for historical fiction collections, highly recommended."

* Warning: The first-half of this novel contains graphic-sexual content that reflects Robert Hart’s lifestyle while attending college and during his early years in China that may be considered soft-porn and offensive to some readers. If you think you might be offended, please do not buy and read this novel.