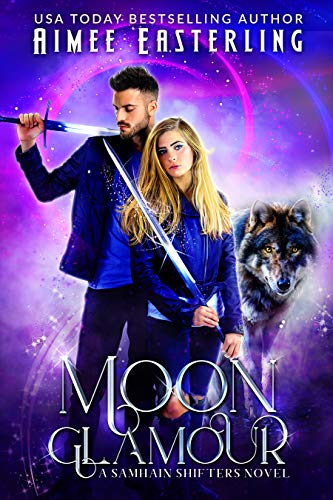 
Can one lone wolf save the world from fae who feed on pack bonds?

Half-werewolf Athena has spent her entire adult life keeping her human sister off the local alpha's radar. But when the Samhain Shifters come to town, she's thrown off her game.

Tank isn't at all what Athena had come to expect from an alpha. Rather than throwing his weight around and taking from the little guys, he risks his skin to fight off deadly fae who slip into our world one night per year.

"Join us," Tank tempts, prompting butterflies to take flight in Athena's stomach. The gig would be a one-week commitment, the work a boon to the common good, the result insurance for her sister's future. But if Athena drops her standards and runs with wolves, will she ever be able to attain independence again?

The Samhain Shifter series can be read in any order, with adventure, mystery, and a happily ever after in every book. Moon Glamour is book one.