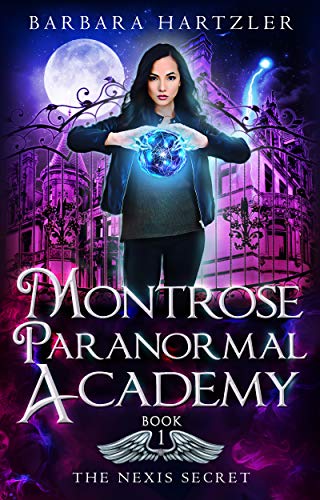 For what? Beats me.

Hi, I’m Lucy and I just discovered I’m not normal.

After my brother’s disappearance, I enrolled in the super-elite academy where he was last seen. Now two totally gorgeous secret society guys are fighting over which club I get to join.

As if I want anything to do with the people who banished my brother. But I need to play nice to get anyone from the Three Societies to talk to me.

One problem. I’m too good at my job.

When the Nexis Society president accidentally spills a little-known family secret, I’m left scrambling to figure out who I really am.

I’ve always known my family was special, but now I’m about to find out why.

Not everyone’s happy I’m at Montrose Paranormal academy. The resident mean girls don’t appreciate my snarky attitude. The Three Societies all want me to join up. Plus, I have to figure out how to use my newfound powers without obliterating an entire city block. Oh yeah, and there’s some kind of crazy prophecy about me.

It’s tough staying under the radar when you’re a Chosen One.