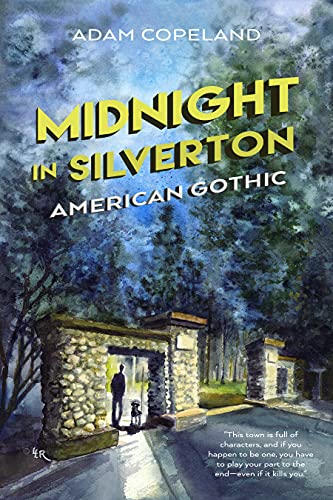 
Silverton is a town full of characters, and if you happen to be one, you have to play your part to the end—even if it kills you.That's what a down-on-his-luck writer discovers when he finds himself on the bridge of his hometown with no recollection of how he got there. Only a mysterious pain in his head and a crackling sound in his ear offer any clues.While searching for answers, he reconnects with friends and family, and discovers that a serial killer plagues his sleepy town with a possible connection to a personal family tragedy.Feeling that it's connected to his blackout, he sets out to solve the mystery of the dead women by navigating a maze of quirky townsfolk, a meth-dealing biker gang, Jesus, the FBI, and rampaging mammoths. And that's just a typical day.He soon realizes that there are significant gaps in his memory that he can't account for, and wonders if he has not only lost time, but if he is also losing his mind and soul. He starts to question whether he even wants to learn the identity of the killer. That is until a girl close to him turns up dead, and it becomes a race to solve her murder before the authorities do.Doing so will not be easy, because in this town, the clues lie somewhere between memory, imagination, and madness...and each is fighting to keep him from sorting it all out before he becomes the next tragedy.