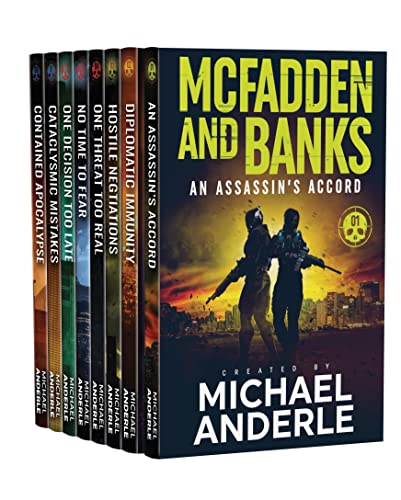 
Sometimes, the biggest monsters don’t have claws and look just like humans.

The world is different. An alien ‘infection’ of flora and fauna is contained by massive walls and substantial firepower over in the middle of Africa.

It holds the promise of immortality, and infinite wealth.

Now, when a country needs help finding and taking down the worst they have a new company to call.

They will get the job done or die trying.

Whether the monsters are human, or alien.

This is their story.

Go up and click ‘Read for Free’ or ‘Buy Now’ to find out what goes on with two psychotic individuals, overwhelming firepower, and serious attitude problems.

“Sometimes, crazy is what you need to save humanity.” – Michael Anderle