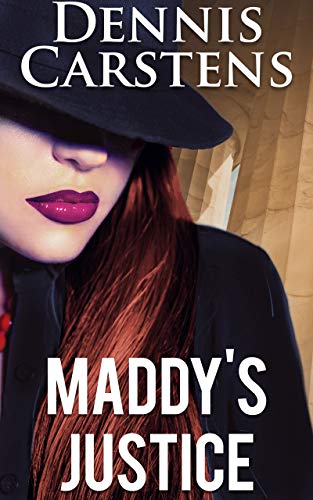 
SHE’S OUT TO KICK BUTT — THE
BAD GUYS MIGHT NEED RESCUING.

When Marc’s associate, Connie Mickelson, asks for his help with a case, the lovable curmudgeon signs up to defend a high-profile law firm in what appears to be merely a moderately distasteful sexual harassment lawsuit involving the firm’s main rainmaker.

But as Marc’s kickass investigator and lady love, Maddy Rivers, and P.I. Tony Carvelli peel back the layers of misdeeds by the accused, they find this well-established, politically-connected law firm is up to its neck in the criminal operations of a monster known only as “Chicago”.

The operation begins in Mexico with a cartel that’s kidnapping teenagers on their way to a better life in America. But tragically, some of them fall into the grasp of “Chicago”, and are taken to his private island, where they’re subjected to an unimaginably brutal fate reminiscent of The Hunger Games—only with no winners.

Recognizing a worthy opponent, “Chicago” has Maddy kidnapped and finds himself in the dilemma of a man who has captured a wolf with his bare hands—sooner or later he’ll have to let it go—thus providing a gripping, action-packed, and very satisfying conclusion.

Happily, there’s also a generous store of curmudgeonly banter between Marc and his sharp-tongued legal associate, and a special treat for those romantics who’re rooting for Marc and Maddy.

This is not only the next Must Read for fans of the nitty-gritty, nuts-and-bolts expertise of legal eagles John Grisham and Richard North Patterson, and, of course, Eric Stanley Gardner’s Perry Mason—but also for fans of kickass female sleuths. Maddy is something else!