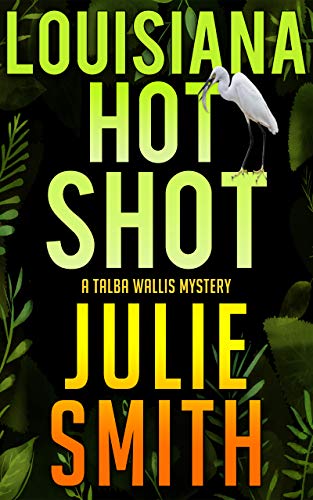 
NOW AVAILABLE AS AN AUDIOBOOK

"Can’t wait for the next Evanovich? Louisiana Hotshot's Stephanie Plum with Tabasco, dawlin’.” -The Clarion Ledger

In Louisiana Hotshot, their job is to hunt down a sociopath and pedophile who's molested the fourteen-year-old daughter of their client, hangs out on the ragged edges of the rap and recording industries, and has more powerful allies than a Cabinet member.

But both detectives have unfinished business from the past—in Eddie's case, something he deeply regrets; in Talba's, a personal mystery, one so frightening no one will help her investigate. But she knows she won't sleep till she solves it—and the truth will change her forever.

"Smith generates plenty of tension as the savvy veteran and the eager novice combine their talents. But it is Smith's evocation of her beloved New Orleans and her deft exploration of her characters' intimate relationships that will lure readers to this series." -Publishers Weekly