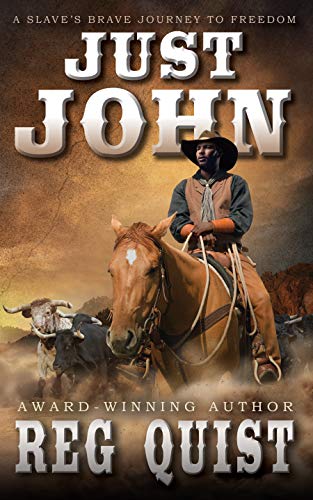 
FROM SLAVE TO RANCHMAN – A HISTORICAL WESTERN BASED ON TRUE EVENTS.

In return for his freedom, a slave is tasked with the job of delivering a valuable stallion to a horse farm in Tennessee. The Civil War is dying down and the roads are dangerous but with some help the horse is delivered and the slave sees freedom.

Wishing to be freed from any remembrance of the slave farm, John has a last name that he refuses to use. John’s skill with horses opens doors for him which eventually take him to Fort Worth, Texas. More open doors, over a period of years, find him on a cattle drive to Montana, followed by a second drive into Alberta, Canada. From there, he chooses the name Ware. John Ware stays in Alberta, where he becomes a much loved and respected Alberta rancher.

The John Ware story is well known, however since he never learned to read or write he left no historic record of his background.