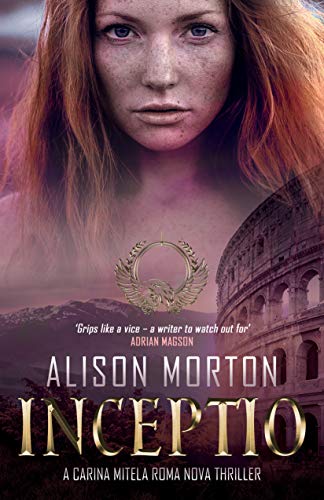 
"It’s about blood, survival and money. Mostly yours."
New Yorker Karen Brown is running for her life. She makes a snap decision to flee to Roma Nova – her dead mother’s homeland, and last remnant of the Roman Empire in the 21st century. But can Karen tough it out in such an alien culture? And with a crazy killer determined to terminate her for a very personal reason?

Stifled by the protective cocoon of her Roma Novan family, deceived by her new lover, she propels herself into a dangerous mission. But then the killer sets a trap – she must sacrifice herself for another – and she sees no escape.

A thriller laced with romance and coming of age, this is Roman fiction brought into the 21st century through the lens of alternative history and driven by a female protagonist with heart and courage.